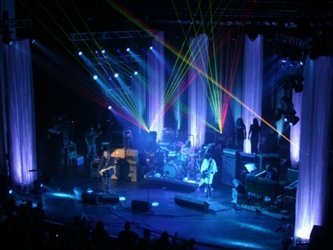 Halloween has always been a flagship holiday in the jam band community, second only to New Year’s Eve. And with a band like Gov’t Mule, expecting something special is more than fair. Phish are attributed with getting the Halloween spirit going in the jam world with a performance of The Beatles’ The White Album in its entirety on 10.31.94. Years later, we’ve seen costumes and covers of all colors and genres. But, on Halloween 2008, Mule outdid themselves with a second set packed full of Pink Floyd tunes from throughout the psychedelic pioneers’ career.*

*excerpts taken from a review written by Andrew Bruss